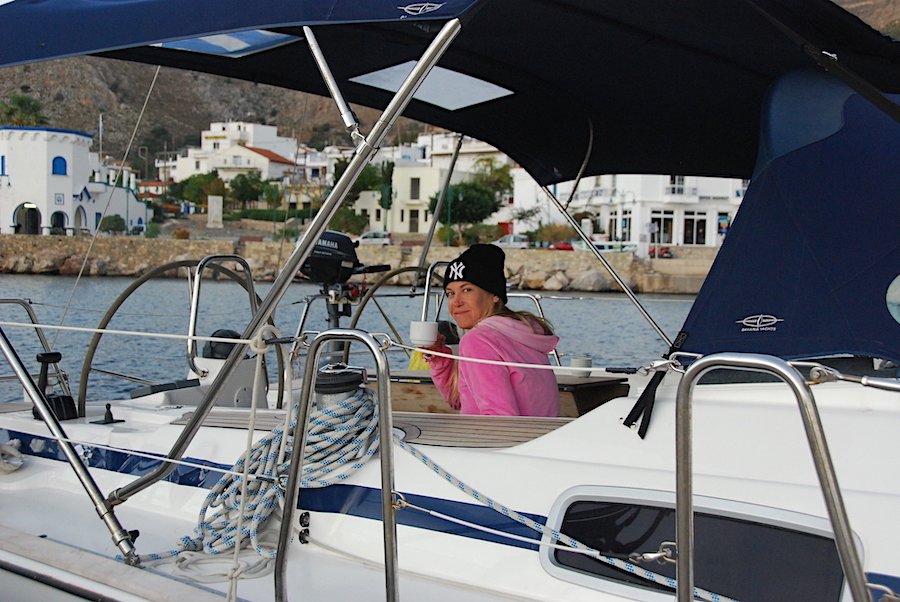 Table of Contents hide
1 Off Season
2 The Marina in Tilos Greece
3 Morning Hike
4 Pinned In
5 Share this:
6 Related

We spent a pleasant evening on the island of Tilos Greece. Tilos was a very quiet, “green” island. It will be very interesting to visit in the summer, as I’m sure it would have a different feel. In the off season, it is very closed down. There are very few people and it is very quiet and peaceful.

The Marina in Tilos Greece

A stroll along the marina revealed a few restaurants, tavernas, and what looked like a night club along the water. Of course none of these were open. Since we are sailing, we do not need many services, so for us, it was peaceful, secluded, and perfect.

During an early morning hike through the mountainous land high above the sea, there was a gate that we were at first unsure if we could pass through. It turns out it was part of the trail. It took a minute, but we eventually realized that it was not to keep us out, but to keep the goats in.

The hiking trail departed from the end of the harbor, and climbed up from the marina. The path offered incredible views and was really fun! There were views of the sea as well as ancient structures scattered along the vast land. I highly recommend this hike when you are visiting Tilos Greece.

As you can see, we had to get a bit creative to leave the marina! We were docked in a guest spot in the small harbor, but the ferries always take priority. Likely due to the lack of people during Winter, the ferry seems to take long stops at small ports. When we went to leave, there was no one around. Good thing the sailboat had bow thrusters!

Next stop, a long sail to the island of Symi.

Note: If you are not on your own boat, many of the Greek Islands, including Tilos, are reachable by ferry lines. Be sure to check timetables as they definitely run less frequently off season.

Also check out what happened on the island of Nisyros! 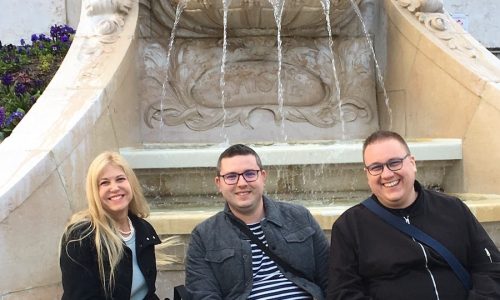 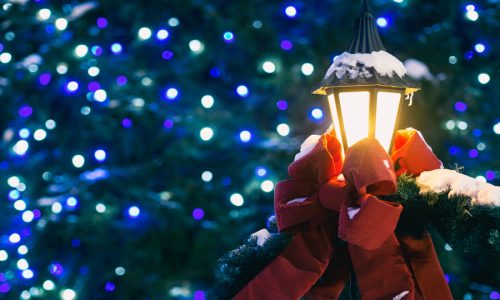 10 of Our Favorite Holiday Things to Do 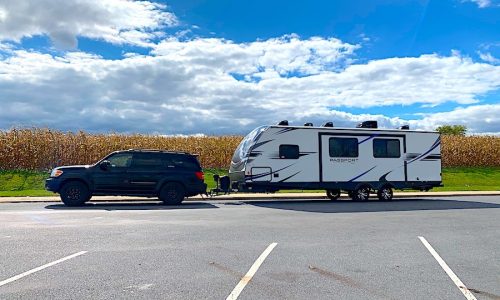 How to Decide Where to Store Your RV

We made our first #appletart today & our friends visiting from #france gave us a thumbs up! #foodie #lifestyle #thankful #travel #travellife #Wanderlust
Here in the US, many are preparing for the holiday #Thanksgiving We are so grateful to be sharing a meal with our #travel friends arriving from #france ❤️ The market was so crowded! Here are our 2 carts full of goodies to share. Can’t wait for their arrival! #Holidays #travellife #lifestyle #wholefoods #tampaflorida #wanderlust
These awesome #sequins shorts come in a variety of colors! https://amzn.to/3XrwKEq They can be dressed up or down for many occasions & are easy to pack. Perfect for the #holidays too! #fashionista #holidaystyle #Travel #shorts #style
While in #florida I’m Repainting this after the storm. Bought new #muralmarkers but not loving them. Squeezing paint out & using a brush. It’s taking forever! #flamingo #painting #art #travel #lifestyle #neon #pink #floridalife #Wanderlust
Fabulous night celebrating my husband’s birthday. #happybirthday #belleaircountryclub #florida #celebration #friends #lifestyle #travel #Wanderlust
When visiting the #biltmore in #northcarolina do not miss walking through the gardens and a few of the #hikingtrails 🍁 I had no idea what to expect. It was a 20 minute drive from the gate to the property parking. It’s amazing how much land is there. On the day of your tour, you can utilize the hiking trails & gardens as much as you want. It’s really beautiful. Of course it would probably take a year to walk all of the trails, but if you live nearby, or plan to visit often, you can buy an annual pass. Otherwise, go early & stay late! #travel #travelphotography #flowers #garden #Wanderlust
The winds are here! If you are in #florida today, be mindful of high winds and rough water! #tropicalstorm #weather #travel #intracoastal #travelgram #islandlife #Wanderlust
There are plenty of pretty #trails around the #ashvillenorthcarolina area to enjoy #fallfoliage 🍁Checking out the leaves changing is a great activity! You can get some fresh air and exercise while enjoying #nature and #exploring a new place, and it is free! #leafpeeping #autumn #largestleaf #asbigasmyhead #autumnvibes #hiking #tour #travel #travelgram #asheville #Wanderlust
Happy #halloween 💀👻Spent my day downtown #ashville visiting the #pinball #museum and playing lots of games. Then to a great #vegetarian #restaurant with #livemusic and everyone in costumes. #roadtrip #thingstodo #thingstodoinasheville #travel #travelgram #Wanderlust