The tradition of cascarones, literally translated to “eggshells” in Spanish, is said to originate from China to Spain. Eventually it showed up in Mexico with the arrival of Marco Polo. Cascarones remain a tradition in Mexico, many Latin American countries, and even in some of the Southwestern United States.

These brightly colored and decorative chicken eggs, sometimes resembling an animal, person or object, are hollowed out. Next they are filled with confetti and sometimes tiny toys.

The confetti, called “pica pica,” in Spanish, is usually punched out of pieces of tissue, colored, or foiled paper. Children spend countless hours punching out pica pica until their hands are numb. It is a really fun activity for kids and very popular this time of year.

Cascarones in the Marketplace

The tradition of cascarones creates a source of revenue for many people. Locals make them in large quantities by hand and sell them on the streets and in marketplaces. They can be found during lent and leading up to Easter.

Both locals and visitors alike load up on bags of cascarones to be ready for the holidays. Cascarones can be a fairly significant source of income during the time leading up to Carnival and Easter. They are often sold in open air markets, by vendors on street corners, and even in gift shops.

How to Buy Cascarones

You usually buy cascarones by the bag. I have seen small, medium, large, and jumbo bags in the marketplace. When I first saw the jumbo bag, I couldn’t imagine smashing that many eggs. However, once you start playing, they go really fast. So, be sure to buy an adequate amount.

They are relatively inexpensive to purchase. I think I paid full pop, without any negotiating. I was in a marketplace in Antigua, Guatemala and bought a medium bag for around 1 US dollar. It is surprising need how many bags are sold. Literally everyone is buying them, and many in quantity. It is not insignificant in terms of revenue for local crafters.

Locals likely do not pay the prices tourists do for cascarones, but many vendors depend on the sales for income. While bargaining is a way of life in many marketplaces, always remember to pay a fair price. Getting an item too cheaply because a person is desperate to sell, is not a nice way to negotiate. It is debatably unethical. As a traveler it is important to understand and appreciate the cultural artistry and respect the human aspect and needs.

Don’t miss out on the fun just because you aren’t currently traveling! Bring the culture home. Purchase cascarones here and have them shipped to you.

Children and the Tradition of Cascarones

In Mexico and Guatemala, the tradition of cascarones is mostly used during Carnival. However, they have also become a popular Easter tradition in many countries. For children, cascarones are part of the Carnival and Fat Tuesday fun. It allows their inner “brat” to arise, prior to settling down for Lent.

In the weeks leading up to Easter, many children request eggs at meals. Even the kids who usually protest eating them, ask for more eggs. Children think they are fooling their parents into thinking they are eating well. Really they just want to stock up on the coveted eggshells! Children know that they will need a full stash to “wage war” on their friends and family later.

Cascarones are made by inserting a pin or needle into the end of an egg and emptying its contents. Once the egg is dry, it is filled with confetti. Then it is sealed with glue and a bit of tissue paper to cover the hole.

The confetti (pica pica), is usually handmade by punching out a zillion holes from brightly colored tissue and other papers. If you lack the time, strength, or will to perform this fun, but tedious task, you can order pica pica here.

How to Use Cascarones

Traditionally during Carnival, cascarones are smashed over the heads of unsuspecting children and adults alike. It leaves their heads covered in colorful confetti and eggshells. It is hard to get the mixture out of your hair. Most people are covered in pica pica all day! The streets become a sea of colored sparkle.

Having an egg smashed on your head can hurt a bit. So it’s necessary to always be ready with your own stash of cascarones to fight back. All in fun and play of course.

Jenny’s Personal Experience with the Tradition of Cascarones

On my last trip to Guatemala, I purchased a bag of cascarones from the outside market place. I tested them out on my friend and her kids at a local coffee farm playground! Admittedly the younger kid cried at first, (and I felt awful), but then he got in on the action. Oh boy, kids can be really rough! Look out! But so much fun.

A cascarones war ensued. It is amazing how fast we went through an entire bag of eggshells! Next time, I will definitely stock up better! I spent the remainder of the day with eggshells and colored confetti sparkling in my hair. Antigua Guatemala during Carnival is definitely a bucket list worthy item.

So fun! #Happy Easter to those who are celebrating.

See also Jenny In Wanderland article March Madness, a look at Spring in Brussels and remembering March 2020, in the pandemic chaos. 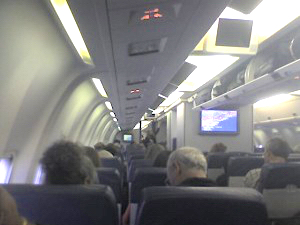 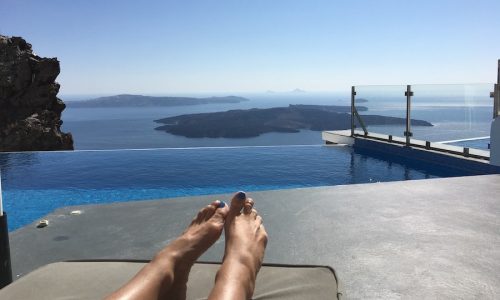 Leisure Travel in the Near Future 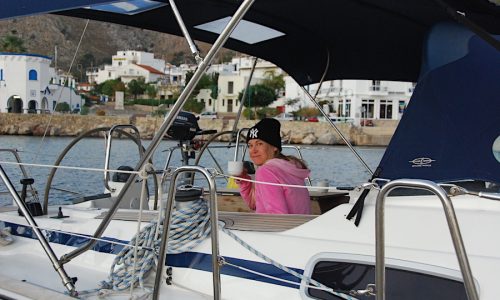