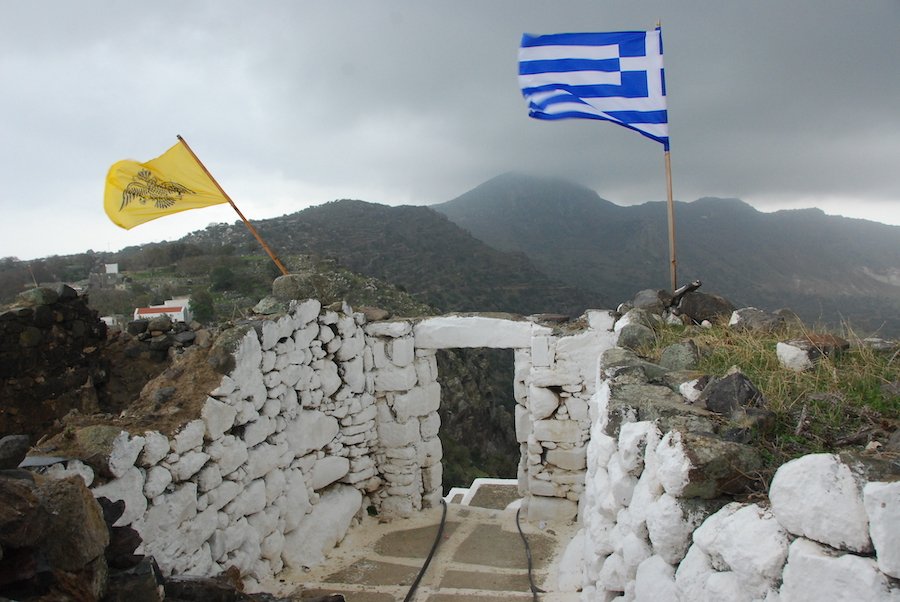 When my husband and I decided to take an off season sailing trip in the Dodecanese Islands, we knew that it would be quiet, with many tourist services closed. We both love sailing, mingling with the local community, and as always, I was excited for a new photographic subject. We had high expectations of enjoying our travel, but not for anything in particular. All of the islands we visited were truly amazing, but our experience that happened once upon a time in Nisyros was especially incredible.

During these times of uncertainty, I reflect on the places I have been and the beautiful world I have seen. I long for the freedom to go as I please, but am thankful for the travel I am able to continue. Memories are one of the best souvenirs and a great way to transport ourselves to foreign destinations. I look forward to sharing mine with you. XO Jenny

The sail from Kos to Nisyros was a bit more demanding and longer than originally planned. However, it was nothing we could not handle, as we are both avid sailors. It was sunny and fairly warm departing the island of Kos, even in November. We set off a bit late as we were behind getting the boat checked out and stocked.

The sail was gorgeous. The deep blue Aegean Sea glowed from below and the white waves dissolved quickly on its surface. Once the sails were set, it was just the sounds of rushing water as the boat glided along. We could hear the call of birds, and the engines of the ferries and freighters that criss crossed our path. The seemingly never ending coastline of Turkey spread out to our left, while islands of Greece, intermixed with patches of open water, remained to our right.

As we drew closer to Nisyros, it got later. The sun was lower in the sky, and mostly obscured by gray clouds. The wind picked up and we needed to furl the main. The seas became rougher as the wind picked up.

Our Arrival Once Upon a Time in Nisyros

When we arrived to Nisyros’ small central harbor, we were greeted by friendly, but concerned locals. They explained that docking here was unsafe because a storm was coming. We needed to sail back around the island to reach a more protected port. It was an adventure, but I was starting to get hungry and was ready to arrive, so this additional sail seemed a bit rough.

We ultimately arrived at a small port, Pali Marina, where we saw one other sailboat moored in the guest area. We pulled up alongside them, although no one appeared to be home, and began to settle. I can imagine in the height of Summer, this beautiful island full of boats and tourists, and vacationing locals, but for now all is tranquil, and quiet, and pristine.

We were extremely hungry, and while we did have some provisions on the boat, we were looking forward to exploring what was open in the tiny port town. It was late to start cooking and we were both a little beat up. So, we carefully walked our narrow plank and climbed onto the concrete seawall, to have a look around.

There was essentially one short street that ran along the sea, that met another even shorter one, directly behind it. At first glance, the town had a car and moped rental, a church, a taverna, and a restaurant, none of which appeared open. There were no people around. We made our way down the adorable, but deserted street.

When we came upon the restaurant, Aphrodite, we saw the lights were on, the front was partially open, and a few people were inside. Perfect! As we entered, we were politely greeted, but told that the restaurant was closed. We thanked the them and asked if there was anything else around, figuring there was not. They were extremely friendly and asked what we needed. We explained we had just sailed in, and that we were looking for dinner. The woman explained that her family was having a baptism on the island tomorrow and she was setting up dinner tonight for all of the arrivals.

Obviously owners, with heartfelt kindness, invited us to stay. We let them know we were vegetarians and told her whatever fit that criteria would be fine. As we sat, the guests began to arrive. We were introduced in Greek, as sailors from California. Nikos, Tsambika and their family could not have been more hospitable. Everyone was so welcoming and friendly.

In addition, the food at Aphrodite Restaurant Grill was absolutely delicious! From homemade spanakopita to fresh greens, fried ceci bean balls, and what looked like an abundance of seafood, to the welcoming people, I highly recommend this restaurant when you visit Nisyros. We felt like family and stayed for a while, reveling in the festivities.

What happened next was the beginning of a series of events that would provide the most amazing travel experience one could hope for; Once upon a time in Nisyros.

After dinner, it was late and we were tired. We said our thank yous and goodbyes to our gracious hostess and her family, and headed off toward our sailboat for some much needed sleep.

Early the next morning, we met George and his wife, Kathy. They were on the sailboat next to us and were Greek, but from the island of Naxos. George was above deck and we got to talking. George knew many locals on Nisyros, as he runs a sail touring company for tourists. However, off season, they were just sailing on their own.

The stormy weather and wind was bad and predicted to only get worse, so none of us were going anywhere for at least a few days. Someone from town came by and was on the seawall, speaking with George. We were all invited to the baptism. We excitedly accepted this generous invitation. Meanwhile, my husband went out to rent us a scooter since we would be staying a while and were in need of transport.

A Baptism Once Upon a Time in Nisyros

Mostly everyone still on the island was going to this baptism, which was to be held in the Greek Orthodox Church on top of the island. When we asked where it was, everyone just pointed up, atop the mountain. The Greek flag was flying way up there in the breeze and we figured it would be hard to get lost. Wearing our boating Sunday best, we hopped on our scooter.

Parking was on the relatively crowded street. We followed the well dressed locals, ascending the winding white outlined stone path. We climbed through the stone archway and came to the entrance landing where friends and family were excitedly gathered.

The church was small and perfect. It was of typical Greek style outside, and maintained the architectural flair of the island. But it wasn’t until we entered that my heart literally flip flopped. Inside this ancient church was recently discovered art, covering the walls. Apparently someone over the centuries had white washed over the art, perfectly preserving it beneath, until it was uncovered, just a few months ago. We were told that we were the first tourists seeing the walls!

Though I could not understand everything being said during the baptism, the baby was adorable and I could catch the gist. After the service, we all gathered in the church and out on the front courtyard area, eating ice cream and socializing. Just when I thought the day could not get any better, we were invited to join the group at the Feast of Saint Michael, today’s holiday and festival.

Tables were set up along the path in the small town up the mountain for the celebration, the Feast of Saint Michael. We saw a few locals were enjoying music outside as we passed by on our way to the baptism. By the time our large party returned to the celebration later in the day, the storm had come. The streets and tables were wet and the rain continued. But Opa! No problem! We moved the large party indoors, music, food, and all.

The feast was just that. There was more food than imaginable. The traditional Greek dishes just kept being passed around, along with the white wine. It was a lively day of laughter, friendship, dancing, eating, drinking, and celebration. We were so grateful to be included in the cultural festivities and treated like family in entirety. We will always remember this day!

Once Upon a Time in Nisyros

Once upon a time in Nisyros, I was reminded of why I am so passionate about travel, and how fortunate I was to be right there, right then. I am so appreciative and humbled by the kindness, generosity, and inclusiveness we experienced through the beautiful people of Nisyros. We had the most amazing time sharing in their celebrations. We made both friendships and memories that will last a lifetime.

Also check out Jenny In Wanderland article, How to Choose a Restaurant without Reading Reviews 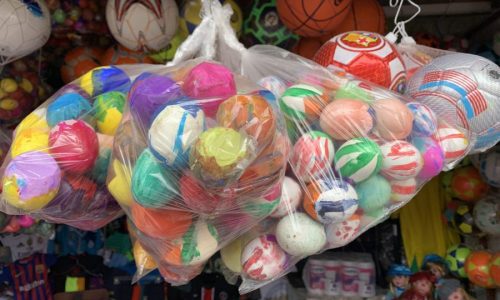 The Tradition of Cascarones 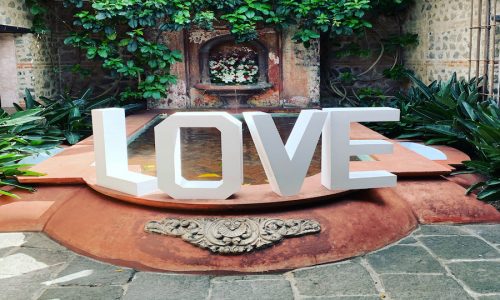 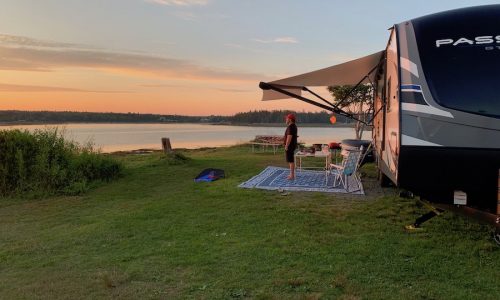